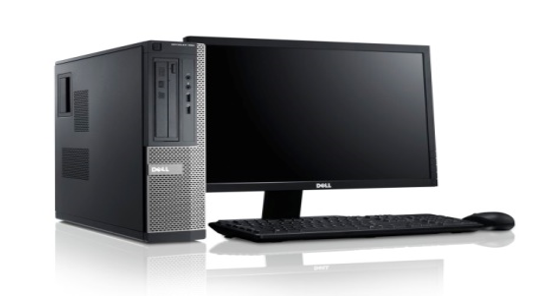 Tips on Knowing When to Buy a new Computer

Knowing when to buy a new computer can be tricky unless a catastrophic event like a hard disk crash, someone steals your laptop, or a piano falls on your CPU, forces you into action. Since most people don’t really know when it’s time to replace their computer, they tend to accept its operating quirks and work around them far longer than they really should.

Of course, if you know a really good computer repair service, the technicians will tell you what the true condition of your machine is, but it will still help for you to observe behaviors which seem to be unusual or abnormal about your computer’s operation. Here are some warning signs that can help alert you to the fact it may be time to replace your old system. If you observe just one of these indicators, that may not be decisive on its own, but when you see several of these warning signs, it’s a pretty good bet that your computer is trying to tell you it’s ready for retirement.

Years ago, most people used to stick with the operating system that was installed on the computer when they bought it, since new versions were only released every three or four years. Both Apple and Microsoft are now moving to the point where they release an operating system update on a near-annual basis, which is made available as a free download. When you can’t install the newest update on your machine, it’s a bad sign; however, sometimes there a workarounds.

The requirements for new applications and video games are becoming greater all the time, and when you reach the point where you can’t run a lot of these on your machine, it’s time for some kind of upgrade.

This is probably most noticeable during boot-up time and when you have several tabs open at the same time. Granted, a good system cleaning may be all you need, but eventually even cleaning won’t help. Sometimes a Solid State Drive (SSD) or a memory upgrade can fix the slowness.

Running out of space and memory

Check on your available storage. How much hard drive space do you need? Do you have enough? Every once in a while, open file explorer and check it out. Also open task manager to see how much CPU and RAM is used up. If CPU usage is at 80% or greater, that could be a good sign that your computer’s hardware is close to being maxed out.

This is one of the most tell-tale signs that your computer is aging. All new gadgets you want to try out simply don’t work when you try to connect them to your machine. For instance, when you try to hook up a brand-new 4K monitor to your system, and it looks like you need a new pair of glasses, that’s your computer shouting out ‘incompatibility’. It’s time to buy a new computer.