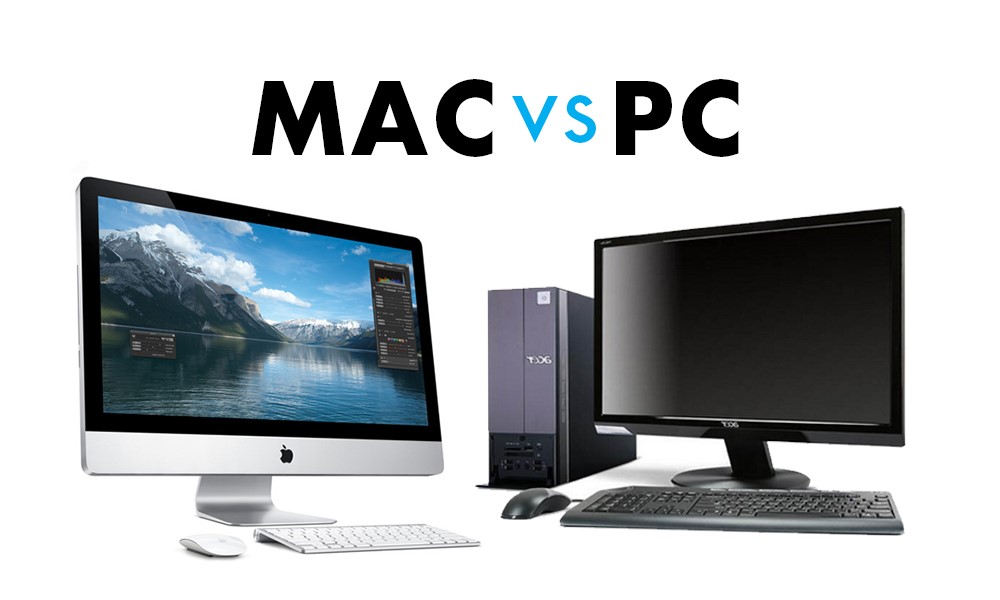 Should You Buy a Mac or a PC?

It seems the debate about buying a Mac or a PC computer has been around since the beginning of the computing age, and there still appears to be no resolution in sight. These days however, the lines are blurring between the two operating systems, with the availability of cloud storage and cloud computing at the back end of both systems, and many of the same apps available to both.

In truth, both machine types have always been very capable of accomplishing computing tasks, but have simply gone about it in different ways. There are still some reasons why you might want to purchase an Apple machine or a PC running the Windows operating system, depending on your personal preferences.

Here are some of the differences which might appeal to you personally, and sway you toward one computer versus the other.

If you’re a big fan of touchscreen capability, you might want to lean toward a PC with the newest Windows operating system, because Apple has yet to incorporate touchscreen into its own technology portfolio. Users who prefer navigating with a swipe of their finger rather than using some kind of mouse are likelier to find a computer which appeals to them in the Windows arena rather than in Apple. On the other hand, Retina Display, which reduces glare and makes the screen easier to view for longer periods of time, is more apt to be found on Apple machines, and is not in widespread use on PC’s.

This is one major difference that is likely to remain intact for quite some time, since it has to do with the respective manufacturers. Mac computers are only available for purchase through Apple, whereas PC’s running Windows are available from a whole slew of different manufacturers. The practical impact of this is that Apple computers tend to be priced similarly no matter who you buy them from – but PC’s are available with a broad range of pricing, depending on what kinds of features are included on specific machines, and which manufacturer produced the machine.
It also means that when you need repairs, most take your Mac to an Apple computer repair service, whereas PC’s can be fixed by most repair companies, no matter who made the machine. As for us, we can work on both.

In terms of memory and hard drive storage, most PC’s have a slight edge over Macs. Whereas PC’s tend to have between 2 and 8+ GB of RAM, standard Mac machines generally come equipped with between 1 and 4 GB+ of RAM. The same difference holds true for hard drive space, with PC’s routinely providing more space than Macs.

Question to Ask Yourself before you buy

No days, buying either is much like buying a Ford or a Chevy. Which one do you like the most? Here are some questions that may help you identify what direction to go.

At the end of the day this is your choice. Don’t let anyone settle you either way. We have customers that have switched to Mac’s and hate them. We have customers that switched to PC’s and hate them. Use your best judgement. Spend the right amount of money for you and give it some time to learn. Where most go wrong is comparing a $2000 Mac to a $500 PC. Be sure to compare equivalent prices when comparing Apples to PC. Our bet is you’ll get more bang for your buck with PC than a Mac, But which operating system to you like most?