You’re all set for a fun session of surfing the internet, your mind is racing ahead with all the possibilities you want to explore and the results you are expecting to be pleased by – but for some reason, pages are loading slowly, images fill in at a snail’s pace, and navigation is so slow you could walk to the next site faster. What gives? What’s responsible for this agonizingly poor performance, that’s turning your pleasurable browsing time into a frustrating session of hair-pulling? You can of course, call your expert PC repair company, but you may want to check for some of these possibilities first.

It’s fairly common for computer users to download too many add-ons, or even some that are somewhat malicious, over the course of their computer’s life, and many times these interfere with efficient browser functionality. It’s also entirely possible that you have downloaded a browser extension at some point which is itself a source of poor performance because it downloads ads and displays pop-ups whenever you open your browser. You can cure this yourself by searching for your browser’s extension manager and disabling the ones you don’t need.

Your computer has a virus or malware

Everyone knows that the Internet is is like a minefield loaded with viruses, malware, and spyware, and no matter how careful you are about the sites you visit, you have the potential to involuntarily download one of them every time you fire up your machine. Any of these malicious objects can slow your computer’s performance, because they’re running scans in the background which suck up machine cycles and resources. Luckily, there are a number of really good anti-virus, anti-malware programs which can protect your computer from most of the nasty stuff out there.

Too many programs running

While your computer is built to multi-task efficiently, it will inevitably slow down when you have a huge number of windows open with resources allocated to each of them. A big part of your computer’s capability for running multiple processes concurrently depends on how much random-access memory (RAM) it came with. RAM facilitates the processing of several programs at once. When the demands of all these programs exceed your RAM and your processing power, you’ll quickly begin to notice a slowdown. The obvious solution here is to just shut down some of the windows you’re using, to free up valuable resources.

Your hard drive is nearly full

When you get to the point where your computer’s hard drive has reached about 90% of capacity, all processing will slow down to a virtual crawl. Full hard drives even prevent your machine from booting up properly. Periodically check how much storage is being used on your hard drive to make sure it never gets anywhere near this threshold. These days all kinds of files and other storage hogs can be moved to the cloud. Pull up your file manager and review applications and files which are taking up an enormous amount of space but not needed. After doing this, run CCleaner to empty out additional trash files. It may be time to replace the old hard drive with a new solid state drive. 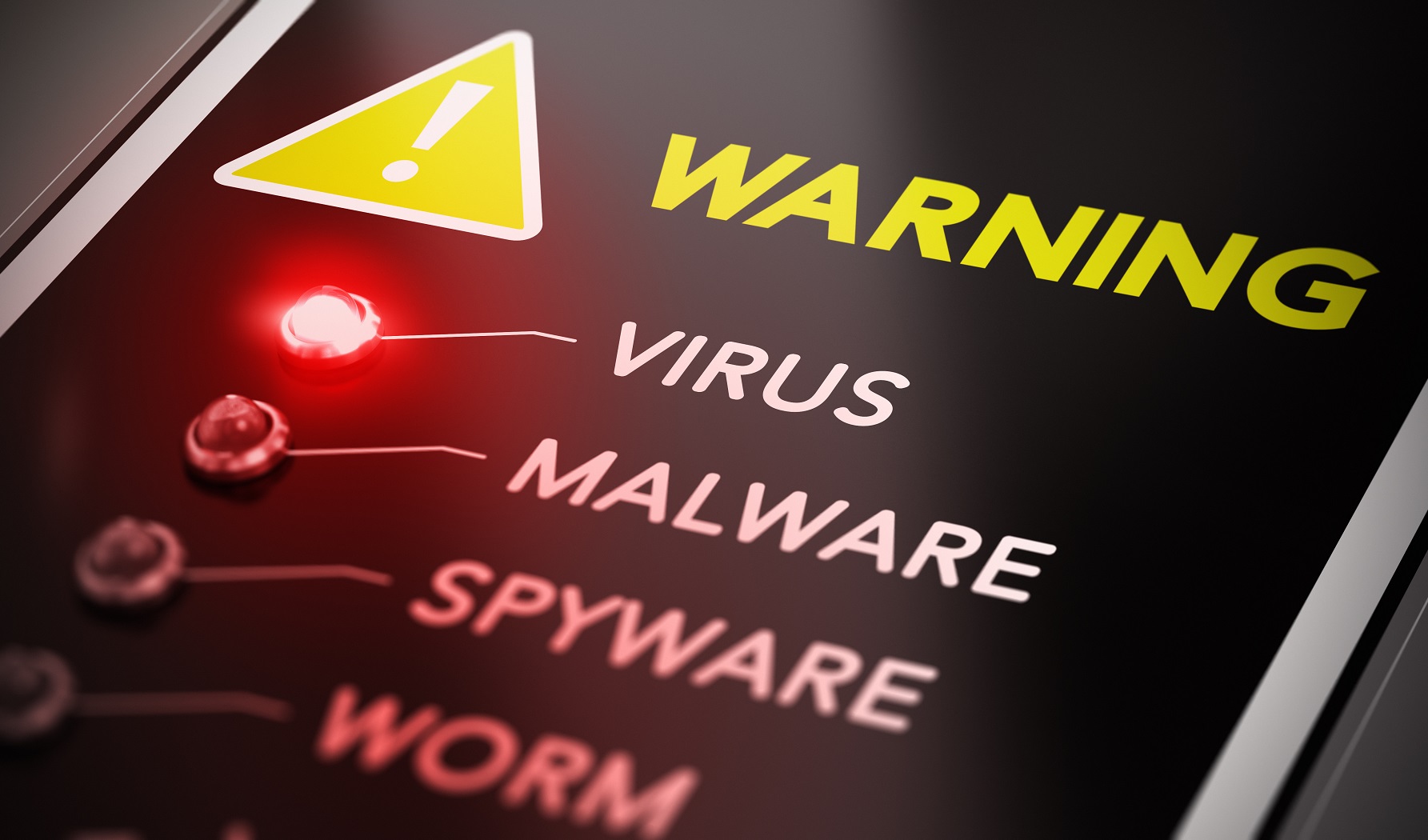 Computer viruses are programs that are installed unknowingly and will corrupt data or impede computer performance. More than likely if you have ever encountered a virus you have done so through downloading files, opening email attachments, or clicking on a questionable web links or pop-ups. Malware can be nasty, recently we dealt with a laptop that was infected with an encryptor variant. The encryptor virus locked all personal files including music, movies, documents, and pictures. The unfortunate part about this experience was that the customer did not have any recent backups and there was no known fix to get access to the files again with this specific lock. Our virus removal service is top notch but in this case there was nothing to do besides save what we could and rebuild the system from scratch. We moved the saved files back once we confirmed no traces of the virus remained. Always keep backups and even backups of backups.

This week has been insanely busy for virus removal service with no repeat customers thankfully. One Dell Inspiron 1525 and also a Dell Inspiron 1545, we also worked on a couple of white box (custom home builds) systems; we do not see many of these anymore. Each of the systems were running Windows 7, 8, and 10.  that we were able to use our tools on to effectively remove all the viruses and deliver the computer back in hand running better than ever.  We left our virus removal assault tools on these systems so our users can fire them up later if needed. Tim also brought us a Lenovo with a massive number of viruses that needed to be removed because the system was running so slow.

Our virus removal service is guaranteed, so don’t wait around to get those bugs cleaned up. Start enjoying your computer again!

Hey iNFLUX PC Repair friends! Looking for a repair on your laptop? Let us know what you need and we’ll take care of it for you.

A couple weeks ago we received a gaming laptop that definitely had seen better days and needed multiple repairs. The Asus G72Gx originally came with a 17″ in LCD screen, 1GB of dedicated graphic memory, 500GB hard drive, and 6GB of RAM. This was clearly designed for gaming use and is still a decent laptop today. Why not repair it, right?!

Our friend Daniel, brought us the laptop after it accidentally dropped out of a parked vehicle. Fortunately, he had insurance on it. We worked with the insurance company to justify the time and materials required for the repair and it was at very little cost to him. This laptop had so many things wrong with it, probably more than we have ever seen on a single device within the last 10+ years  that we’ve been in business.

We ordered the parts needed to get the laptop back up and running. The first problem was the screen. If a laptop doesn’t have a working screen, what is the point of having a laptop? So, we ordered the following parts right away:

Once we swapped the LCD panel and bezel we could then see what was going on with the boot up process without having to use an external monitor. The bottom case swap fixed the gaps in between palm rest and bottom case. The battery swap kept the device mobile since it would now keep a charge. We put in a 500GB Solid State Hard Drive in addition to his 500GB spindle drive; now he had 1TB of hard drive space to work with.

Once booted, we determined that it was best to go ahead and do a clean install of Windows 8.1. Everything was going fine until we updated the BIOS using Asus’s update tool in Windows. The bios is a a set of computer instructions in a firmware that control input and output and if it goes wrong the laptop becomes a brick. This is the first time in 10+ years of updating BIOS’s that we actually witnessed a no boot failure after an updating. Short version of the story, we ended up ordered a new motherboard for him. The BIOS update on the new motherboard went perfectly, phew!

Once the new motherboard was in, we were back in business. We finished up all the Windows 8.1 update and a couple days later, Windows 10 was released. The Windows 10 update was simple and quick and fixed some other weird operating system issues.

We upgraded a few things to bring the laptop up to date. First, a brand new SSD. The solid state hard drive (SSD), is the best upgrade anyone can pay for. We’ve been turning 5-7 year old laptop into scream machines. This laptop allows two internal drives so we installed the Samsung 850 Evo SSD as his primary drive that has the operating system (Windows 10), his applications, and primary data on it. The 500GB spindle drive was installed in the secondary slot and can now be used for data that is not frequently accessed or even as a backup drive. This is the best setup for high performance. We also upgraded him to Windows 10 from Windows 8.1. I guarantee this laptop is at least 30% faster than the first day he got it.

It’s was great to see this shamble of a system go through repairs to become such a great computer again.

Now then, what could be so wrong with your laptop? Our laptop repair is $150 flat rate + at cost parts; love your laptop again! 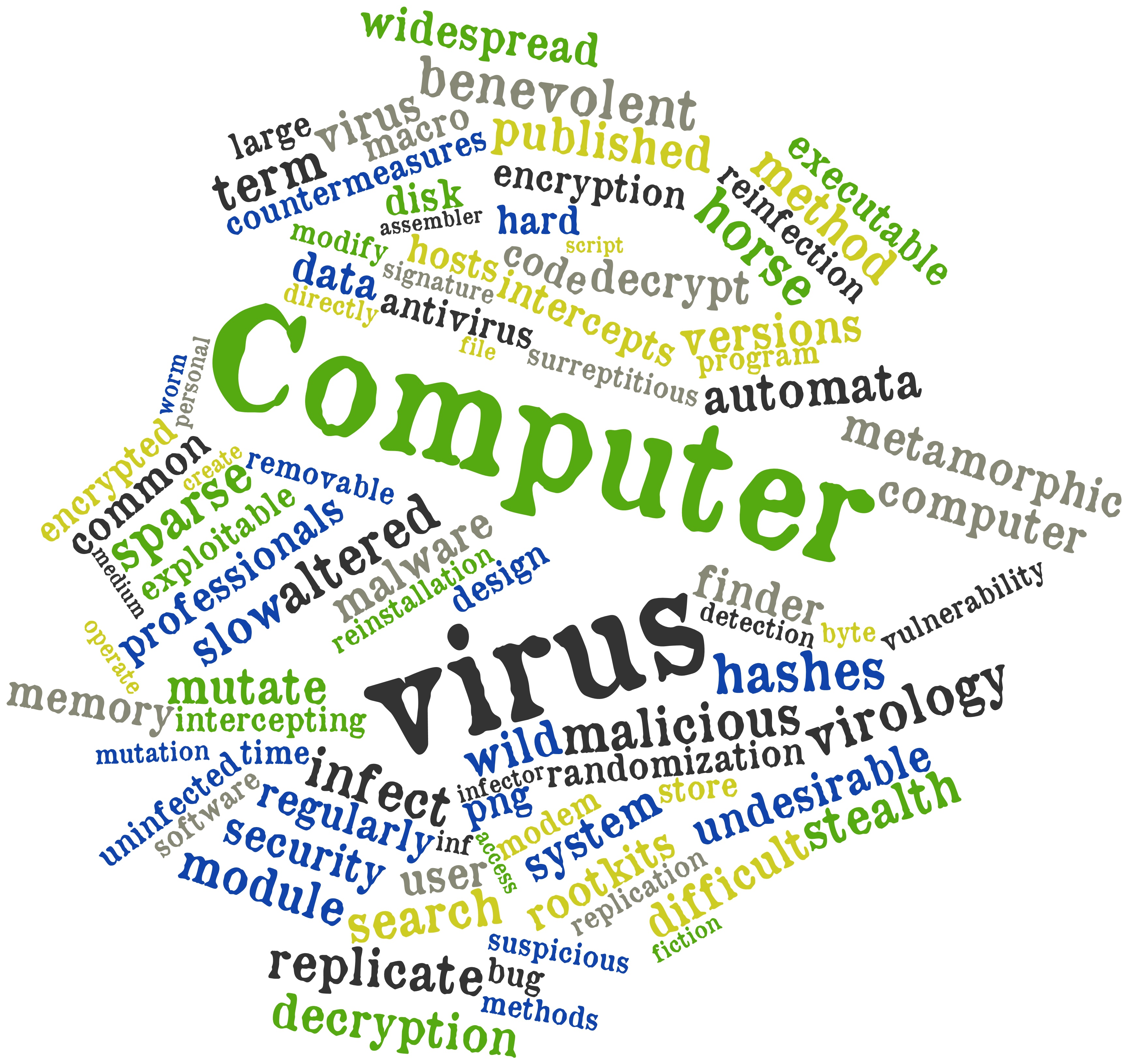 We had a patient this week, a Dell Inspiron 3541 laptop that needed our virus removal service. The notebook was brought in by an ASU student that desperately needed to get the machine back up and running to complete her homework assignments. Her mom, who lives in California, found us on Google by typing in “Avondale az pc repair” and found our impressive customer satisfaction rating at 4.9 of 5 stars! She also loved our 5-day guarantee and $120 flat rate. She mentioned that our $120 flat rate service was much better than Office Max’s $165, non-flat-rate and referred us to her daughter.

The laptop was actually in great physical condition and was brand new to the customer. There were only 3 problems that she wanted to be resolved; 1. Viruses, 2. Windows 8 Tiles, and 3. Cannot watch DVD’s

The viruses were self-inflicted from clicking questionable links on the internet and in an email. The virus attacked her antivirus software and took it out of commission. We removed the no longer functioning Antivirus software and put on a Free program that auto-updates and scans and is much better than what she was using. We also used our bag of tricks to remove everything from the system. In fact, we left some tools on her desktop in case she runs into another issue in the future.

Windows 8 really isn’t a problem. Sure she didn’t like the tiled start screen and start button hiding underneath it, but Windows 8 is actually a great operating system. Tomorrow Windows 10 will be released (hopefully). She qualifies for the free upgrade but will likely hold off until she has us upgrade it for her. In the meantime, we installed a program called ClassicStart that automatically skips the tiled start screen and changes the Start button back to the Windows 7 style functionality. Yay for Windows 10 going back to a classic start button style.

While Netflix, Amazon Prime, Google Play, Pandora, and all other streaming multimedia source are gaining popularity but there are still some that want to play their DVD’s or CD’s on the computer. This is fine, except that Microsoft doesn’t include DVD player software that will do this for you. We installed a free player for her and trained her how to use it.

We recommend a SSD hard drive and an online backup solution be put on all systems; however, they were not entirely necessary for what she uses her computer for. Other than that the repair was quite easy and she had the laptop back in ~24 hours. Now that is service!

What’s wrong with your PC? How can we help?